On the 23 May 2017 the City of London Planning and Transportation Committee Approved a planning application submitted by Taylor Wimpey (TW) to demolish the police section house, Bernard Morgan House, which has housed key-workers for nearly 60 years. Committee Members voted by 13-10 to Approve TW's application to build a block of 99 luxury apartments. No affordable housing will be included.

This is a monstrous decision which will have a devastating impact on our community. The destruction of a heritage asset will be replaced by a towering development which will blight our Grade II listed social housing estate, steal sunlight from our homes and from Prior Weston Primary School, the Jewin Welsh Church and Fortune Street park

The City Planners' report talks about a desire to return to the area's pre-blitz architecture. Do they mean the victorian slums or are they referring to the Whitecross Street debtors' prison which used to be located in the next street from Golden Lane. There are certainly similarities in the style of architecture.

In 2015 when the City of London decided to sell the site, local people tried to get Bernard Morgan House listed by English Heritage. This is what Jonathan Meades wrote in support of our application.

'Whilst there can be no doubt that cities benefit from near-anarchic heterogeneity there can equally be no doubt that the combination of an officially sanctioned Croesus inspired near-anarchy has only the most baleful consequences. At some point the City of London's shiny, ostentatious self- destruction must stop. Greed has marred it. Corporate sloth has allowed it to become a carnival of bling. Developers and architects have been subjected to only the frailest checks. The very idea of aesthetic control seems laughably quaint, a hangover from an age which valued propriety. Bernard Morgan House belongs to such an age. It is over fifty years old. Thus it has enjoyed what, by current measures, it is an exceptional longevity. But then it belongs to an era when buildings were reckoned to be something other than ephemeral - and it looks it: there is nothing in its materials which speaks of impermanence. Black bricks, knapped flint, concrete. Whilst the form may derive from Le Corbusier the materials, unusual in this conjunction, derive from the industrial vernacular of the nineteenth century and the immemorial structures of the flint-constellated chalklands of the Thames Basin.

There are also extrinsic reasons why it should be listed.

1) It is superior to whatever will replace it. One need not see what replacement is proposed to make such an assertion. One need only look at the abortions which have replaced other victims of corporate vandalism.


2) A section house is not, say, a refinery or a piece of kit - it is a civilian barracks and so easily convertible to another kind of human accommodation.

3) It forms part of a unique continuous contemporary composition which includes Golden Lane and the Barbican. ' 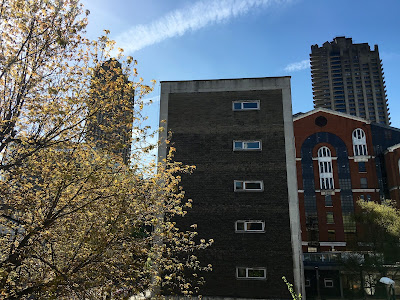 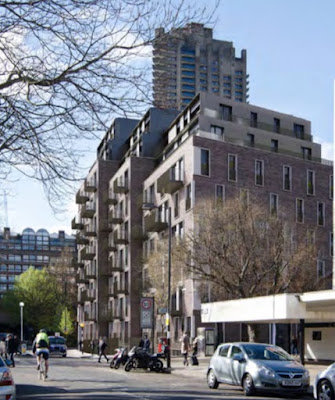 Meades' prediction has turned out to be very true. Architects AHMM have disregarded the areas exemplary listed modernist architect of the Golden Lane Estate and the Barbican and have designed a building in the style they call the 'New London Vernacular'. It's a lazy rehash of buildings they've built from Ladbroke Grove to Wandsworth. We've heard rumours that AHMM have already been removed from the project by Taylor Wimpey. Quite typical of big developers who during the application process repeat  endlessly that they are 'award winning architects' yet as soon as planning permission is Approved they get rid of them. It's noticeable that there is no reference to this scheme on the AHMM website. Could they possibly be ashamed?

Sixty years ago the City Corporation's and Islington’s town planners together created a thriving community, their municipal dream of an urban village has been an extraordinary success and should be celebrated and enhanced. Today, City Corporation's planners have shown that they don’t value the visionary town planning of the past and are not interested in protecting the people living in this unique and close community. 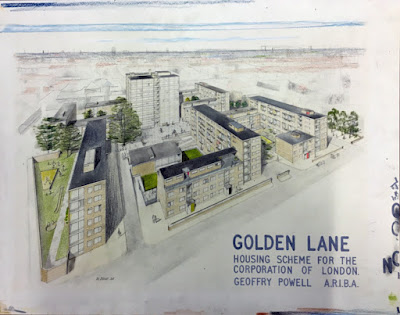 What we will lose as a community
The centre of this community is the Fortune Street Park, surrounded by the Peabody Buildings, the Golden Lane Estate and the Barbican. A small oasis within the City. The park plays a crucial part in our lives, it is our children’s back garden, and is shared every day by the thousands of people who live and work here. It is the only public park in the area. 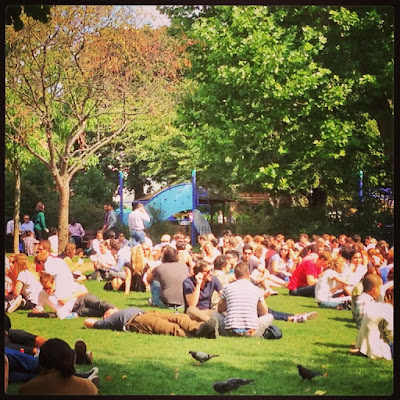 Prior Weston School has its entrance in the park, over five hundred children use this entrance everyday. People walk to school here. They’re not jumping into cars to go home. They will stay and play for as long as the sun is out. Because we live in small flats with no outside space, parents don’t rush home. Children play, surrounded by neighbours of all ages, they learn to share and play together. This is why the children growing up here have an extraordinary sense of independence, empathy and responsibility towards each other. 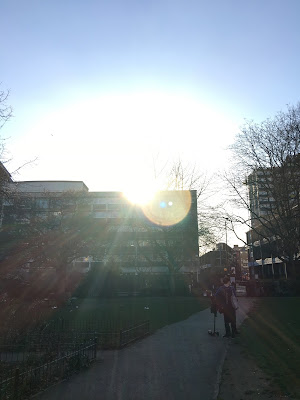 At the moment everyone can enjoy the last of the winter sun as it disappears behind Bernard Morgan House. The proposed building is so much higher that from September to March it will block the sun at this crucial time and deny children the warmth of the winter sun at the end of a school day. 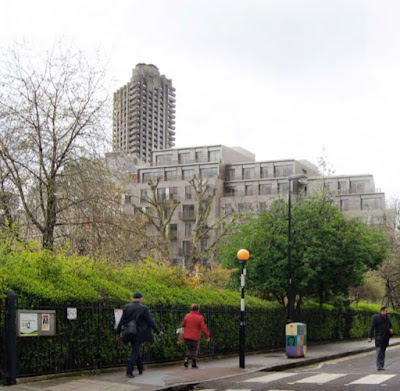 "Where does this fetish for reckless verticality die of shame? When does the living organism of a city shrivel and wither from thefts of light? Golden Lane Estate, a modest satellite of the Barbican’s brutalist utopianism, begins to feel like that critical point. A community, a school, a scrap of park: another small London oasis to be sacrificed, without reasonable cause or adequate debate, to reverse alchemy. This development pitch goes against the original spirit of place, the possibility of making a good life in the teeth of rampant fiscal adventurism. There is a compulsion now to construct post-architectural hulks like a fleet of barely-occupied container ships, leased by remote investors. So it is necessary, even for outsiders, to register a protest, because the same moves are happening right across the map. Let this latest piracy be held to account. Golden Lane is ordinary and unique. And it works." (Iain Sinclair 2017)

The proposed development is Taylor Wimpey's generic design. Out of scale and completely at odds with the visionary architecture of the area. It will completely engulf and obstruct sunlight to the Jewin Welsh Church, a heritage asset, which also accommodates the Hatching Dragons Nursery School. It will also obstruct sunlight to the outdoor learning and play areas of the Prior Weston school. 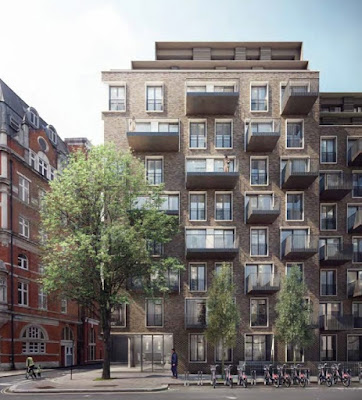 It's a shockingly bad design which looks like something dystopian conjured up by an early computer. In scale, lack of suppleness and inappropriateness it is abject. The architects are disgraces to their profession. (Jonathan Meades 2017) 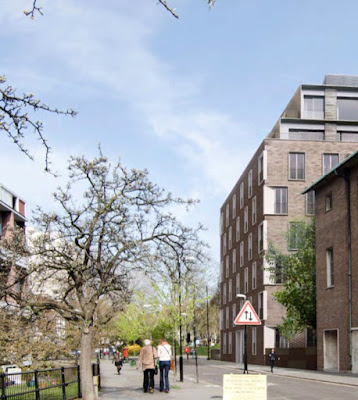 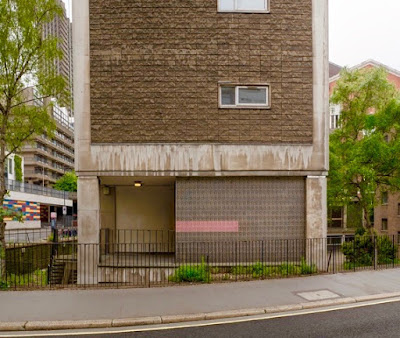 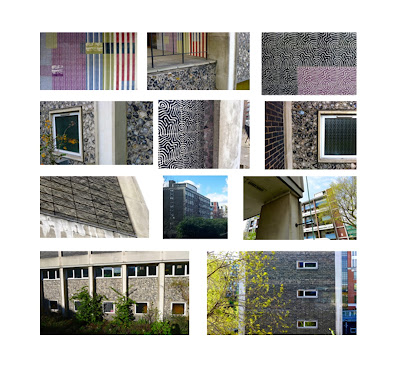 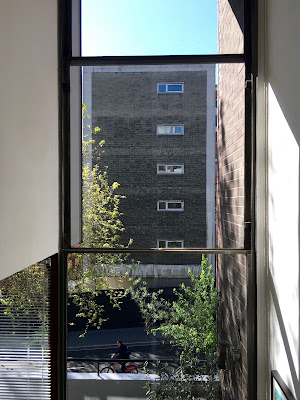 The new block will loom over the the Golden Lane Estate maisonettes, famous for their light and sense of space. Residents will be overshadowed and lose their privacy and will have to keep their blinds closed. Did Chamberlin, Powell and Bon ever imagine that their carefully designed bright maisonettes would end up dark, dingy and claustrophobic? 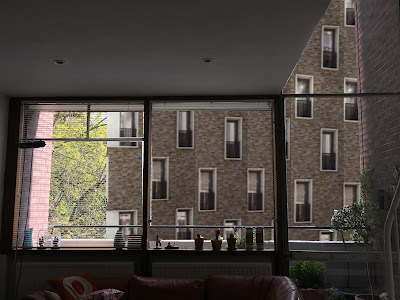 The City Planners' report says Bowater House maisonettes will lose up to 70% of their sunlight but this is acceptable because if the balconies were removed then the flats' loss of light would be minor. This is absurd. This is a Grade II listed building. Built back from the pavement, a garden in front of it, carefully designed to have plenty of light and not to be overlooked. The complete disregard by the City Planners' of the historical importance and exemplary design of the Golden Lane Estate maisonettes is staggering. 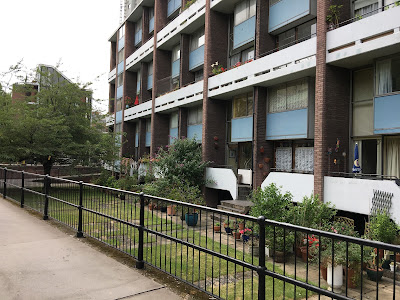 The City of London Local Plan and the The Golden Lane Estate Listed Building Management Guidelines have also been completely ignored. Concession after concession made by the City Planners' Report in favour of Taylor Wimpey and every one of the 182 objections have been disregarded.

Ten Committee members spoke against the plan, clearly stating that the proposed development broke too many guidelines in the Local Plan to be Approved. Only four members spoke in favour but their main argument to Approve was that something had to be built on the site and the developer had to make its profit. Most of the 13 Members who voted to Approve don't live in the City and many of them never inspected the site. 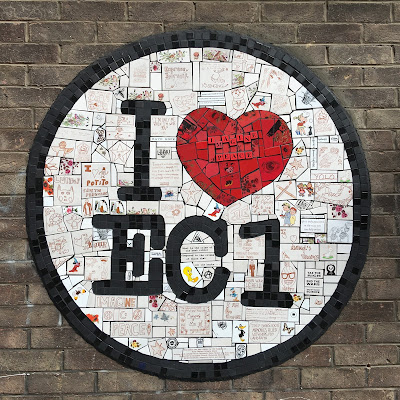 We can stop this happening. So many of the Local Plan's Guidelines were broken. Please donate with Crowd Justice to protect our community from this monstrous development.

OPEN Golden Lane is a not-for-profit company [Organisation for Promotion of Environmental Needs (Golden Lane) Ltd.] which campaigns for excellence in the quality of the local built environment, public space, public services and public amenities. It takes action to ensure that changes to these have proper regard to the needs of local residents and businesses and the maintenance of a sustainable residential and business community. Its members include representatives of local organisations which share OPEN Golden Lane's objectives
For more information please email info@opengoldenlane.net

© all text and photographs on this site are the subject of copyright. If you would like to use any content from this site please contactinfo@opengoldenlane.net