Why was the Call-in request rejected? 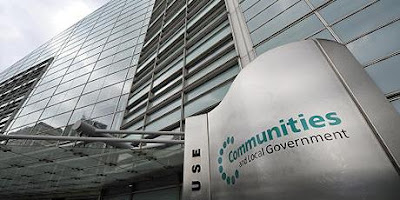 The letter sent on behalf of the Secretary of State to Catherine Linford, the City of London Planning Case Officer, says;

'The Secretary of State has carefully considered this case against call-in policy, as set out in the Written Ministerial Statement by Nick Boles on 26 October 2012. The policy makes it clear that the power to call in a case will only be used very selectively.

The Government is committed to give more power to councils and communities to make their own decisions on planning issues, and believes planning decisions should be made at the local level wherever possible.

You can read the Government's policy here: 'Written Ministerial Statement by Nick Boles on 26 October 2012’.

From reading the statement it's difficult to understand why the Secretary of State has made this decision. It says;

The Parliamentary Under-Secretary of State for Communities and Local Government (Nick Boles):

The Localism Act has put the power to plan back in the hands of communities, but with this power comes responsibility: a responsibility to meet their needs for development and growth, and to deal quickly and effectively with proposals that will deliver homes, jobs and facilities.
The 'power to plan' in this case has not been put  'back in the hands of communities' - unless that means the City's business community. The City does not work in the same way as all other local authorities. Almost all the City's community of some 7,000 residents live in just 4 wards -  most of whom live in Cripplegate's Barbican and Golden Lane estates. Residents have only 20 elected Councillors and the other 80 are elected by City businesses. Thus planning and other City decisions are dominated by businessmen like Chris Hayward, Chair of the Planning and Transportation Committee.

The Secretary of State will, in general, only consider the use of his call-in powers if planning issues of more than local importance are involved. Such cases may include, for example, those which in his opinion:
1. May conflict with national policies on important matters;
The proposed building will cause damage to an exemplar Grade II listed social housing estate. You can read more about that here. Listed by Historic England in 2000, the estate's buildings are of national importance. 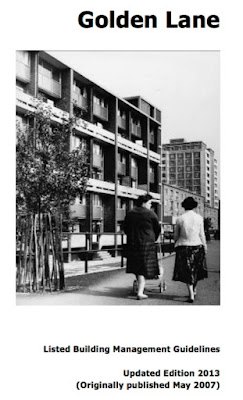 2. May have significant long-term impact on economic growth and meeting housing needs across a wider area than a single local authority;

The development does not include any affordable housing. Land for housing is scarce in the City and there is no need for more luxury apartments. This will mean an unnecessary tower of exclusively private flats will overshadow the only public park in the area and the outdoor learning spaces in the local school. There is more about how this will effect the park here
3. Could have significant effects beyond their immediate locality;
The park and school are in Islington - both objected to the development. Islington, Hackney and Tower Hamlet residents use the school and the park as well as many City residents. Most of the Committee members who voted to Approve never even visited the site.
4. Give rise to substantial cross-boundary or national controversy;

The park and school are in Islington. Islington, Hackney and Tower Hamlet residents use the school and the park as well as City residents.
5. Raise significant architectural and urban design issues;

The proposed design is completely out of keeping with the scale and design of the area. This is poor town planning and poor design in an area world famous for its exemplary town planning and architectural design.

Even the architects who designed the building seem to be ashamed of it, there is nothing at all on their website. AHMM website search for Bernard Morgan House. We've also heard a rumour that they've now been ditched by Taylor Wimpey.

Ask any architect or architectural historian.  Taylor Wimpey's planned development is an insult to the memory of Chamberlin, Powell and Bon. It will overshadow and overlook the listed Golden Lane Estate Maisonettes. These flats are small flats, carefully designed, with big windows, to be private and full of light.

The other urban design issue is the overshadowing of local amenities and the proposed flats themselves will be unpleasant and dark.

6. May involve the interests of national security or of foreign Governments.
The current threat level for international terrorism in the UK is SEVERE. This means an attack is highly likely.

This brings us to an interesting and possibly the most relevant and overlooked argument. Bernard Morgan House housed police officers and paramedics, nurses and MI5 offices for nearly 60 years. It is more vital than ever to have police and nurses living within the City of London in case of terrorist attacks. The Police Section House was decommissioned before the threat levels were so high. Police were still living here when the block was sold off. This decision to sell was the wrong decision and needs to be reversed. The City could buy back the site and use it again for police and nurses.

7. However, each case will continue to be considered on its individual merits.
Was this case really looked at on individual merits? As none of the above points were addressed one wonders whether it was looked at in any detail at all.

Judicial Review may be our only option to stop this development, please donate here, on our Crowd Justice page

OPEN Golden Lane is a not-for-profit company [Organisation for Promotion of Environmental Needs (Golden Lane) Ltd.] which campaigns for excellence in the quality of the local built environment, public space, public services and public amenities. It takes action to ensure that changes to these have proper regard to the needs of local residents and businesses and the maintenance of a sustainable residential and business community. Its members include representatives of local organisations which share OPEN Golden Lane's objectives
For more information please email info@opengoldenlane.net

© all text and photographs on this site are the subject of copyright. If you would like to use any content from this site please contactinfo@opengoldenlane.net